As an employer, you’re likely familiar with workers’ compensation coverage being purchased to protect your employees. When you decide to work with an independent contractor or 1099 worker, however, the question arises of whether or not your current coverage limits will include coverage for your 1099s as well.

What is Workers’ Compensation?

Workers’ compensation coverage is insurance, purchased by employers, to cover medical costs and lost wages for work-related injuries and illnesses for employees. It is required by law in California and lack of proper coverage can result in fines and even criminal exposure.

Laws and requirements regarding workers’ compensation vary on a state-by-state basis. The policy, however, is required in almost every state for businesses with employees.

In California, for example, “all California employers must provide workers’ compensation benefits to their employees under California Labor Code Section 3700,” according to the Department of Industrial Relations.

Who Qualifies as an Independent Contractor?

Unlike traditional employees, independent contractors do not work regularly for an employer but work as required.

Assembly Bill 5, also referred to as AB-5, or the Gig Work Bill, is a federal law that passed in January 2020. AB-5 introduced further regulations for independent contractor classification.

Under AB-5, the ABC test is used to set the standard for worker classification. All workers are considered W-2 employees unless they meet all three of the following criteria:

Long story short, employers cannot hold control over independent contractors. The worker has the freedom to work when they choose, and how they choose within the parameters of their contractual agreement.

So, as an employer, do you have to provide workers’ compensation to the independent contractors you partner with? Chances are no.

We’d recommend speaking with trusted financial personnel, like an accountant, to determine if the person is a 1099 contractor or a W-2 employee.

Require 1099s to Have Their Own Insurance

This way, if they are injured on the job, they’ll have their own coverage and will not trigger a claim on your policy and cost you money.

Working with 1099s Who Don’t Have Their Own Insurance

On the other hand, if an independent contractor doesn’t have their own workers’ compensation insurance, you must account for this financially as an employer.

Logically, if you hire a 1099 worker who doesn’t have their own workers’ comp insurance, your own insurance carrier may charge you higher rates in order to account for the coverage of these additional workers.

If your 1099 has not provided proof of Workers’ Compensation coverage and they were to get injured while working for you, your insurance carrier would look at the role tehy perform and assess additional coverage charges based on the fee structures for that category of work.  This can result in a heft upcharge.  So, be sure to check with your 1099s to ensure they have their own coverage (not only Worker’s Compensation but General Liability as well).

As always, be sure to ask independent contractors for a Certificate of Insurance (COI) when hiring 1099s. Read on to learn more about the importance of COIs. 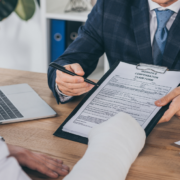 How Much Should Business Insurance Cost?

Insurance Trends in 2022: What to Watch For Scroll to top